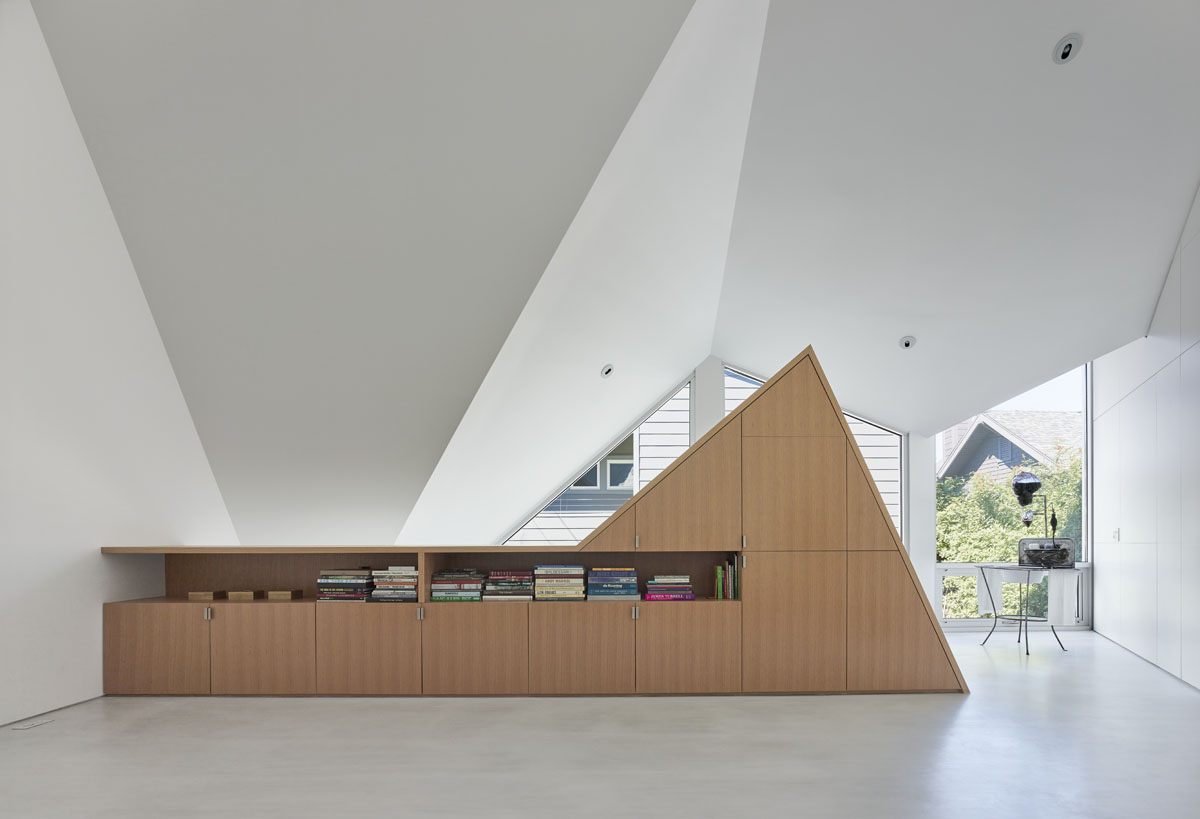 A replacement for a termite-ridden garage behind a Craftsman home in Venice Beach, CA, the design of the 1,060 square foot studio was driven by the Client’s commitment to collecting video and film-based works by emerging artists who delve into gender, identity, and socio-political issues. As an executive in the entertainment industry, her support of young and evolving talent began, in part, from her time living in London near the Serpentine Gallery. When Modal Design was brought on board the Client specifically cited the Gallery and its temporary pavilions as moments of personal delight and intrigue.

Rather than deliver a simple box containing garage and laundry space on the ground floor and a windowless projection room/guest space on the upper level, the Architect conceived a studio and art space wrapped in zinc shingles that plays off of the rooflines of neighboring homes and offers inspired spaces for projections, entertaining and visitors.